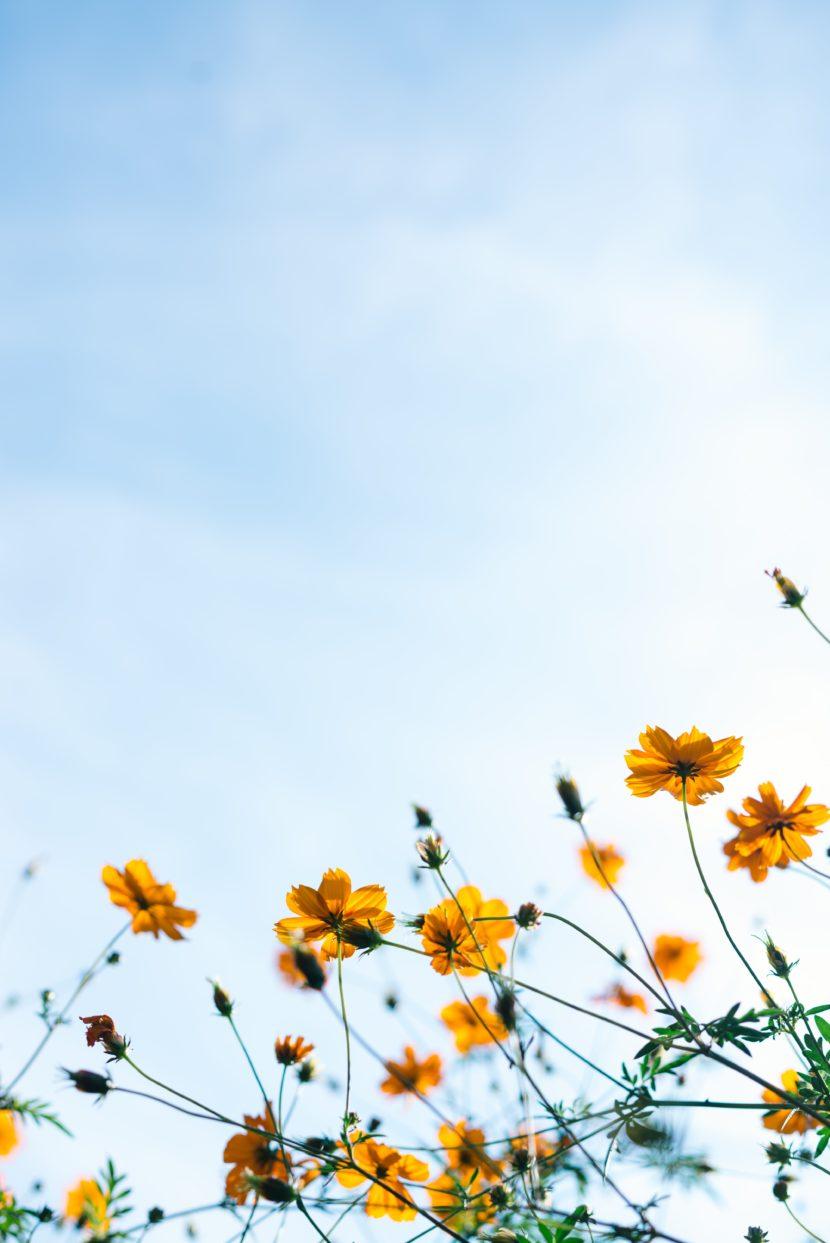 Spring is on the approach, and with it that beautiful crisp blue of the sky. But was there a time that we couldn’t see this fabulous colour? And how has language enabled us to? This week’s blog is about the way that humans see the world, and how until we have a way to describe something, even something so fundamental as a colour, we may not even notice that it’s there.

Until relatively recently in human history, “blue” didn’t exist. Ancient languages didn’t have a word for blue — not Greek, not Chinese, not Japanese, not Hebrew. And without a word for the colour, there’s evidence that they may not have seen it at all. In the Odyssey, Homer famously describes the “wine-dark sea.” But why “wine-dark” and not deep blue or green?

It was in 1858 that a scholar named William Gladstone noticed that this wasn’t the only strange colour description in the Odyssey. Though the poet spends page after page describing the intricate details of clothing, armour, weaponry, facial features, animals, and more, his references to colour are strange. Iron and sheep are violet, honey is green.

Gladstone went on to count the colour references in the book. And while black is mentioned almost 200 times and white around 100, other colours are rare. Red is mentioned fewer than 15 times, and yellow and green fewer than 10. Gladstone started looking at other ancient Greek texts and noticed the same thing — there was never anything described as “blue.” The word didn’t even exist. It would seem that the Greeks lived in a murky and muddy world, devoid of colour, mostly black and white and metallic, with occasional flashes of red or yellow. But that can’t be right, can it?

Gladstone had thought that this was perhaps something unique to the Greeks, but a philologist named Lazarus Geiger followed up on his work and noticed this was true across other cultures. He studied Icelandic sagas, the Koran, ancient Chinese stories, and an ancient Hebrew version of the Bible. Of Hindu Vedic hymns, he wrote: “These hymns, of more than ten thousand lines, are brimming with descriptions of the heavens. Scarcely any subject is evoked more frequently. The sun and reddening dawn’s play of colour, day and night, cloud and lightning, the air and ether, all these are unfolded before us, again and again… but there is one thing no one would ever learn from these ancient songs… and that is that the sky is blue.”

There was no blue!

Geiger looked to see when “blue” started to appear in languages and found an odd pattern all over the world. Every language first had a word for black and for white, or dark and light. The next word for a colour to come into existence — in every language studied around the world — was red, the colour of blood and wine. After red, historically, yellow appears, and later, green (though in a couple of languages, yellow and green switch places). The last of these colours to appear in every language is blue. The only ancient culture to develop a word for blue was the Egyptians — and as it happens, they were also the only culture that had a way to produce a blue dye.

If you think about it, blue doesn’t appear much in nature — there aren’t blue animals, blue eyes are rare, and blue flowers are mostly human creations. There is, of course, the sky, but is that really blue? As we’ve seen from Geiger’s work, even scriptures that contemplate the heavens continuously still don’t necessarily see it as “blue.”

A casual experiment was carried out regarding this. In theory, one of children’s first questions is “why is the sky blue?” A father raising his daughter, while being careful to never describe the colour of the sky to her, one day asked her what colour she saw when she looked up; the little girl, in question, had no idea. The sky to her was colourless. Eventually, she decided it was white, and later on, eventually blue. But it wasn’t the first thing she saw or gravitated towards, though it is where she settled in the end. So, before we had a word for it, did people not naturally see blue?

This part gets a little bit complicated, because we don’t know exactly what was going through Homer’s brain when he described the wine-dark sea and the violet sheep — but we do know that ancient Greeks and others in the ancient world had the same biology and therefore, same capability to see colour that we do. But do you really see something if you don’t have a word for it?

I read about a researcher named Jules Davidoff who travelled to Namibia to investigate this, where he conducted an experiment with the Himba tribe, who speak a language that has no word for blue or distinction between blue and green. When shown a circle with 11 green squares and one blue, they couldn’t pick out which one was different from the others — or those who could see a difference took much longer and made more mistakes than would make sense to us, who can clearly spot the blue square. But the Himba, on the other hand, have more words for types of green than we do in English. When looking at a circle of green squares with only one slightly different shade, they could immediately spot the different one. Davidoff says that without a word for a colour, without a way of identifying it as different, it’s much harder for us to notice what’s unique about it — even though our eyes are physically seeing the blocks in the same way.

So, before blue became a common concept, maybe humans saw it. But it seems they didn’t know they were seeing it. If you see something yet can’t see it, does it exist? Did colours come into existence over time? Not technically, but our ability to notice them may have…